The CK Dance staff is an amazing group of instructors. They have post-high school education with many holding academic degrees in dance or education. The teachers have performed on college teams as well as semi-professionally. Instructors also perform as part of CK’s Christian Dance Ensemble, performing at local churches and ministry events.

Kari Swanson Neth grew up in Lincoln, studying with Cheryl Priess Dickey, Marcia Kirk, Karen McWilliams and Susan Jaskolka. As a member of the Lincoln City Ballet Company, she danced under Elizabeth Merrey and Betsy Bobbenhouse. A graduate of Lincoln Southeast, she studied dance at Oklahoma City University and ultimately earned her Bachelor of Fine Arts degree from the University of Nebraska. She has performed in numerous character roles at Disneyland. Kari has owned CK Dance Academy (formerly Club Kicks) since 1995. She loves teaching dance and passing her knowledge and expertise along to other students.

History
CK Dance Academy was organized in January 1995, under the name Club Kicks, with squads at three Lincoln elementary schools. Since then, hundreds have participated in dance, cheer and pom classes at various locations. All-Star Teams were started in 1997 for dancers who wanted to dedicate more time and energy toward the competitive drill team experience. These teams — known as Club Kicks All-Stars — have successfully competed in Chicago, Minneapolis, Southern California, Kansas City, Des Moines, Omaha and Branson, bringing home numerous superior trophies and plaques. After many years on the competition circuit, we have hung up that hat. As our dance enrollment grew we are now a non-competitive dance studio. 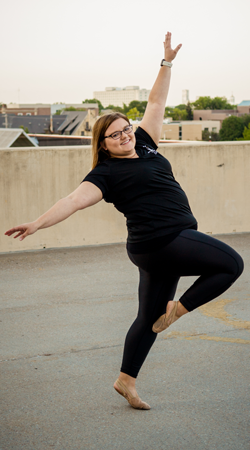 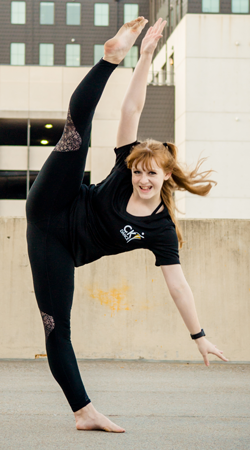 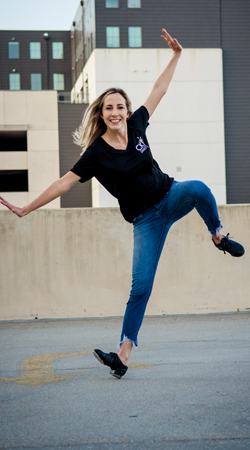 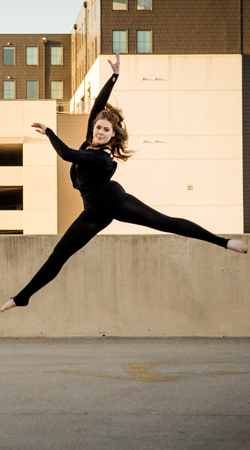 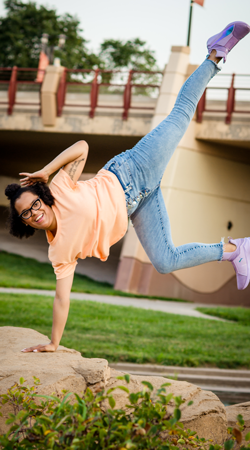 Tahani started teaching dance in 2017 and specializes in hip hop and lyrical. Her passion for dance has grown and intensified over years but she is particularly inspired by dance that tells a story. She strives to be a light and positive influence in other people’s lives. For someone to tell her she was the reason they started to dance and to be a part of someone’s story is what energizes her.

Malorie began her dance career at 9 years old where she trained in ballet, contemporary and jazz. When she entered the competition circuit, she learned to love team dances which inspired her to start the dance team at Waverly, of which she was the captain throughout high school. She spent her college years in Tennessee continuing her dance experience with an improvisation company. She teaches dance in Omaha, Grand Island and Lincoln.

When she was just 2 years old, Maddie started dancing and then danced competitively for eight years attending conventions and taking master classes across the United States. She has participated in the Russian Nutcracker, Lincoln Midwest Ballet Nutcracker and has been part of shows at Pinewood Bowl. Her favorite style of dance is tap.

Ashley has been dancing at CK Dance Academy since she was a 3-year-old. Her experience ranges from Seward 4th of July parades to the competition stage and to Disneyland. While studying to be a school teacher she hones her craft teaching preschool classes, Kicks 4 Christ and subbing all levels of dance.  Ashley is the CK Dance special events coordinator and also works part time at Willard.

Lanie Allen started dance at the age of five in North Platte. In middle school, she competed on her studio’s dance team and continued to compete throughout high school. Lanie moved to Lincoln in 2017 and joined CK Dance Academy’s Company team. She is majoring in dance with a minor in business and theatre at the University of Nebraska. She is the choreographer for the Lincoln Christian varsity cheer team.

If you have any questions about our studio or classes we offer, please send us note! We are quick to respond and want you to feel as comfortable as can be.